The Great Pyramid of Giza is one of the greatest human achievements. Built around 2,500 B.C.E. it weighs an estimated 6 million tons. That seems impressive, but it pales in comparison to the amount of earth moved by tiny termites in Northeastern Brazil where 200 million of their mounds were discovered only recently. The megapolis is so big it can be seen from space. 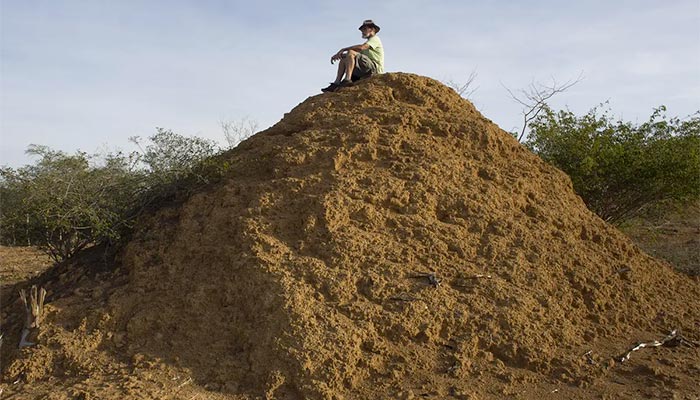 Curiously, scientists only began discovering these mounds a few decades ago, when the rainforest was cleared for grazing. In doing so they revealed the mounds, the oldest of which is about 3,400 years old.

Each mound was created when termites excavated tunnels to move leaves collected from the forest floor. In doing so they, according to researchers, built the “greatest known example of ecosystem engineering by a single insect species.”

As they built tunnels to move leaf litter they would turn into food, they moved enough dirt to build 4,000 Great Pyramids of Giza. 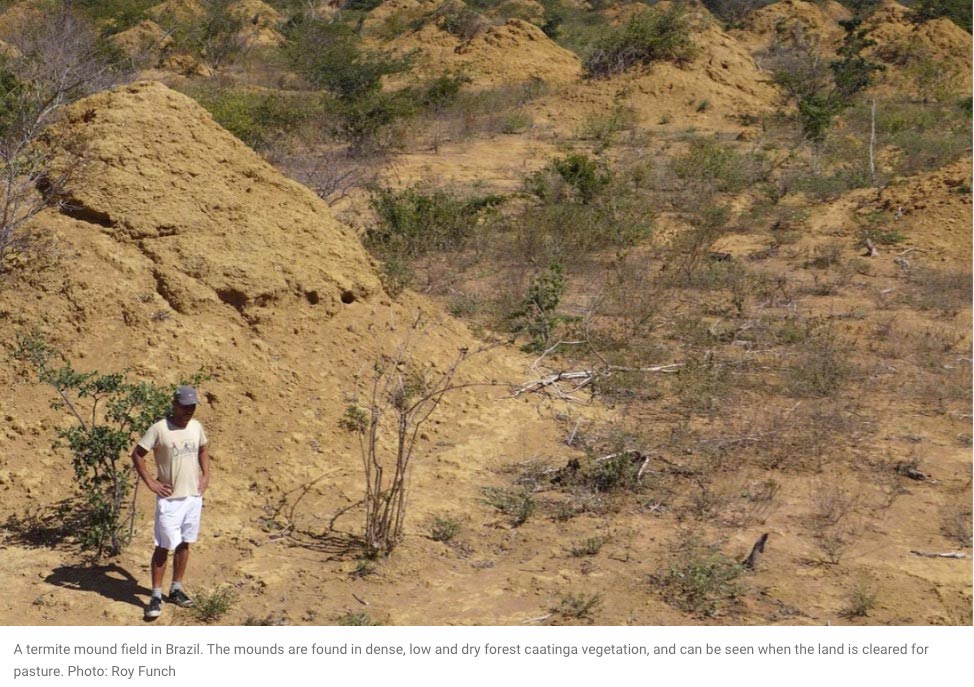 Their mounds cover an area the size of Great Britain!!!

Unlike the complex mounds of their cousins in Africa, which are interlaced with passageways that act like lungs to inhale oxygen and exhale carbon dioxide, these mounds are just piles of dirt that have no structure inside of them.

This begs the question: How did the termites make them? Let me assure you, the answer is fascinating.

They used a super simple principle that creates great things. Strangely, it doesn’t require any planning or any bosses, and it’s purely democratic. 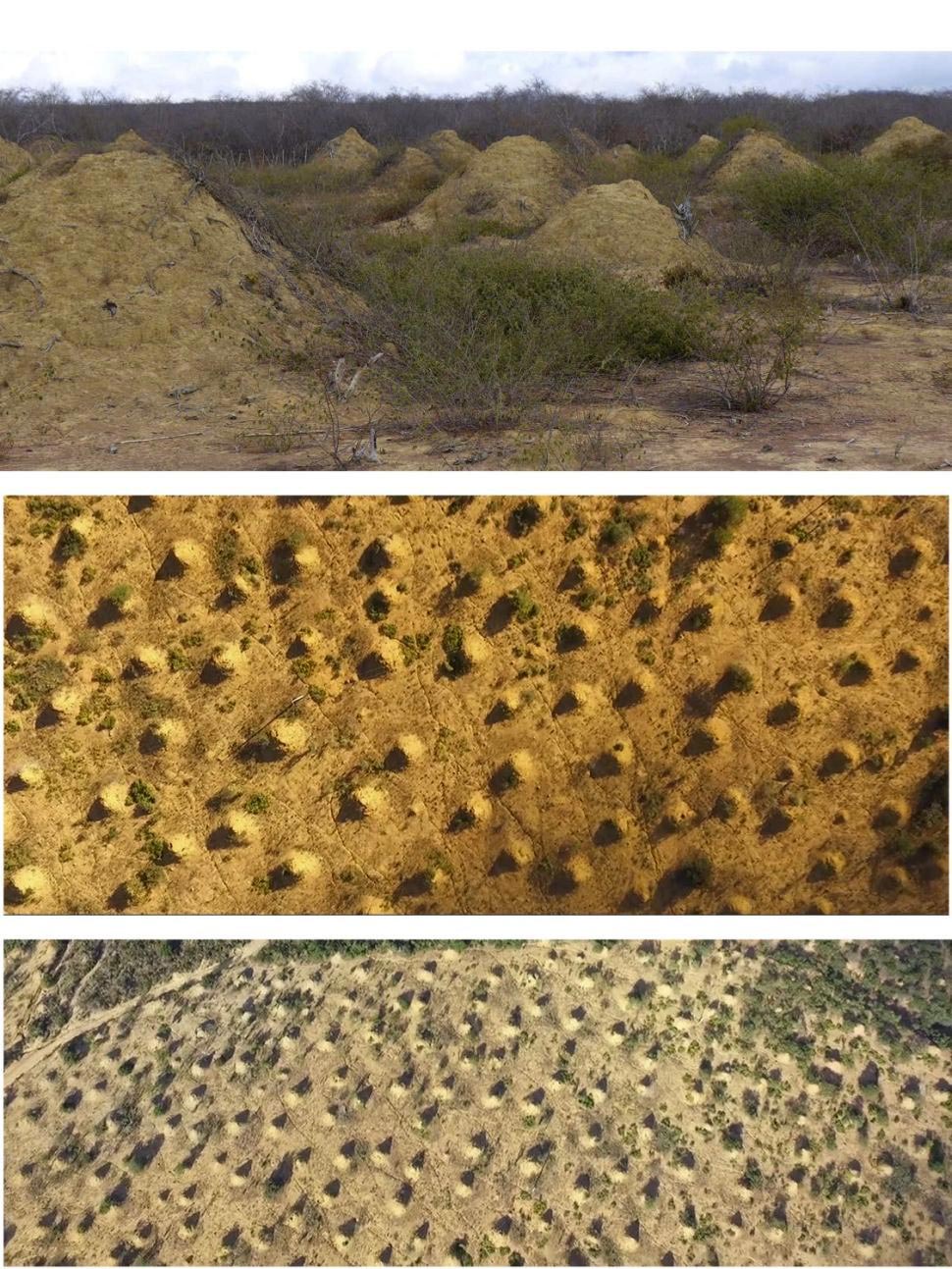 It’s my new favorite word. With any luck, it will be yours too.

According to Wikipedia, stigmergy is a key concept in swarm intelligence. It means “a mechanism of indirect coordination, through the environment, between agents or actions. The principle is that the trace left in the environment by an individual action stimulates the performance of a succeeding action by the same or different agent.” But how does that work in the real world?

The end result is, even though nobody knows what everybody else is doing, they all act together to create something epic.

And termites aren’t the only animals that use stigmergy. People do too.

But instead of organizing around pheromones, we organize around ideas. For example, the Open-Source movement was organized around creating free software available to everybody. It gave rise to Linux, a software that powers around 67% of the Internet’s web servers.

Now for the strangest part of all.

In an area the size of Great Britain.

In other words, every mound represents an underground city, and their transportation network rivals the complexity of our own network of roads.

Termites are clearly some of the most incredible builders on the planet. Their achievement is humbling and puts humanity’s accomplishments in perspective.

At Allied Construction Services we like to say, “we build a better world every day,” but honestly, we’ll be lucky to build something that lasts as long as the oldest Brazilian termite mound.

In the meantime, we’ll keep chugging along, piling on the nails, screws, boards, insulation and paint, doing what we can to make people’s lives better. 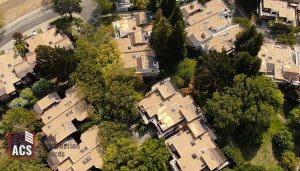 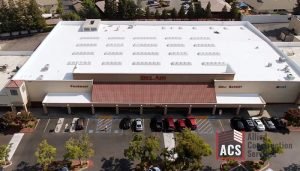 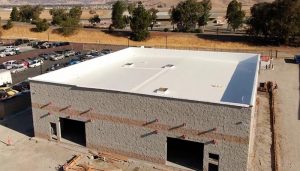 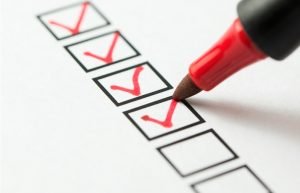 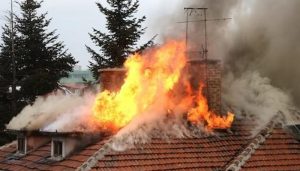 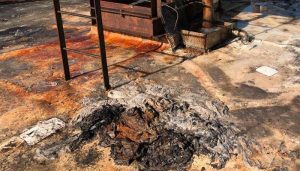 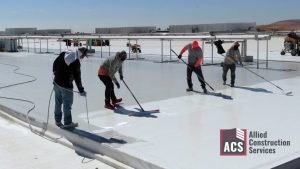